DENKBAR in the snow globe

Everyone knows snow globes and held one in his hands at least for once. When we were kids, we were fascinated by the snowflakes inside the globe and had big eyes looking at the tiny snow world. Often snow globes were the only option to actually see snow in winter.
Generally, snow globes only enter our homes around the holiday season and serve as a cheesy but traditional Christmas decoration. In rare cases, snow globes are bought during vacation times in souvenir stores and remind ourselves of a relaxed holiday.
If you look at a snow globe more closely, you will end up with several questions: What is the sense of a snow globe? Is it just cheesy? Is it art? Where do they come from?

In order to answer these questions, DENKBAR entered a snow globe and did the research. We present to you: facts and stories behind the snow globe!

from Vienna is considered to be the inventor of the snow globe. In order to design a strong light for medical use, he mixed water and glass splinters inside a bulb. Though, his invention did not serve as a source of light, Perzy liked the dancing splinters which reminded him of snowflakes. Perzy created a prototype of today’s snow globe and gave it to a befriended souvenir dealer. The snow globe became a well-selling hit and around 1900 Perzy had to produce large quantities of his invention.

Vienna is not only the city where the snow globe was invented, it also hosts the official snow globe museum. The museum is managed by Ewing Perzy III. – You recall the name? Right. It is the snow globe inventor’s grandson who is in charge of the museum.

Snow globes are fascinating and are a perfect little pieces to be collected. Around the world snow globe collectors are on the hunt for the next winter wonderland inside a globe. Golden Globe nominee Bernsen is one of the collectors and owns around 8000 globes. Still he has not the largest collection of snow globes. Position #1 is occupied by Josef Kardinal from Frankfurt, Germany. More than 9200 snow globes put him in first place and an entry into the Guiness Book of Records.

Also world celebrities are snow globe fans. Readers of the yellow press already know: Taylor likes to design her own snow globes and puts them under the Christmas trees for friends and family.

Louis Vuitton offers a snow globe with a miniature figure of their exquisite handbags. Not enough luxury? Leah Andrews from Australia sells snow globes for $5000. Besides artificial snow, five diamonds dance inside the globe. Five more gemstones are part of the design.

In today’s world, everything is digitalized.

Also the snow globe can be found in the digital sphere. Just look at the video game Fallout: one objective of the player is to find snow globes in the game. And of course we have apps. Apps to display a snow globe, apps to personalize snow globes and apps to set your snow globe as smartphone background.

Snow globes can make you have crazy ideas! In December 2007, a 24-year old American stayed in an inflatable snow globe for 78 hours and 30 minutes. The reason? ‘Snow Globe Boy’ worked for a marketing agency and did some promotion.

Fun fact: usually, snow globes are not shipped in the cold winter month. Frost and low temperatures could damage the globes.

a snow globe is filled with 100 milliliters of liquids. What’s the problem with that? Right, it is too much liquid for carrying the snow globe in your hand luggage on flights. Remember this for your next airplane trip!

Small & big superlatives: the smallest snow globe was built by ‘Walter & Prediger’ in 1997. It is only 1.5 centimeter high and still features figures, liquid and snowflakes. It took about six month to design the snow globe as all figures were painted by hand. The biggest snow globe is over 2meters high and is privately owned. 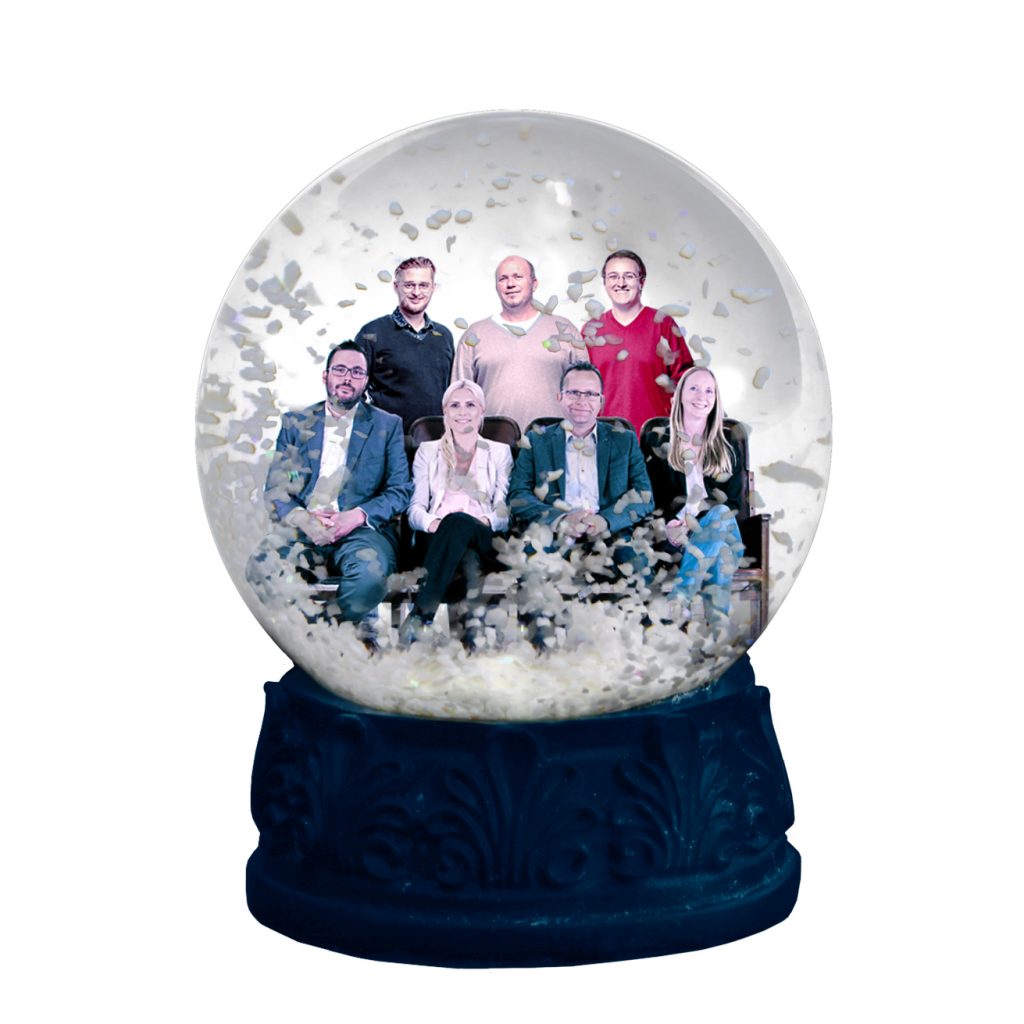 Roman wine, all about the Pope and the German Christmas markets (2015)

0
We use cookies to optimize our website and our service.
Manage options Manage services Manage vendors Read more about these purposes
Show settings
{title} {title} {title}